Today you are gonna read our Current USA Orbit Marine Aquarium LED light review! Stay tuned. Ensuring that the aquarium’s interior environment is as close as possible to the natural habitat of the fish tank’s occupants is exceptionally important.

Apart from maintaining the right chemical composition of the water, you will have to think about illumination as well.

On our review of Current USA Orbit Marine Aquarium LED light, we are going to examine this quite an interesting model. But will it be able to satisfy the needs of the occupants of your aquarium? Let’s check it out!

Current USA’s LED light supports two color channels: 8,000/12,000K white and 445/460nm actinic blue. The combination of the two makes this LED light capable of creating the ideal light spectrum for your marine fish, inverts, and corals to thrive in.

The 120-degree lenses allow for a uniform light spread throughout the whole aquarium. Additionally, unlike incandescent light systems, using Orbit LED light won’t result in the occurrence of hot spots that are distributed unevenly within the aquarium.

Worried that the new LED light may shock the inhabitants of your aquarium? Fortunately, Current USA 4103 Orbit LED light features a slow ramp up that is designed to gently acclimate the fish and corals to the new light source. This feature would really excite the reef keepers to have a successful reef tank.

Mere lights wouldn’t be enough to fully imitate natural environment. If you want to recreate the home environment of the fish tank’s inhabitants, you would have to take account of light cycles as well.

Fortunately, Orbit LED light has a variety of preset light cycles, including 24-hour gradual sunrise, sunset, and moonlight. In addition, Orbit LED light allows for simulation of lighting in different weathers. But you could customize the light cycles of this aquarium LED light much more!

Orbit LED aquarium light comes with adjustable docking mounts to allow you to install it on varying aquarium sizes. 4103 Orbit supports installation on 48-60-inch aquariums, meaning that this model of an aquarium LED light is suitable for larger fish tanks.

The biggest downside of Orbit LED is actually its docking mounts. If you do not keep them away from the water by, for example, closing off the top of the aquarium with a glass cover, the screws and the bars will rust. Apart from being an aesthetic issue, this could greatly endanger the health of your pets.

To get Orbit LED working, you don’t need to perform some intricate rituals. Plug-and-play design allows you to just install the LED light, turn it on, and get it going!

Easy To Program And Control

In addition to setup, managing the settings of this aquarium LED light is extremely easy. The convenient and intuitive user interface is the main factor contributing to Orbit’s ease of use. Selecting one of the presets is as easy as creating new ones, which can then be saved into the internal memory. To further facilitate its use, Orbit comes with an IR remote.

For which types of corals it will work best?

LPS are less demanding in terms of lighting than SPS corals. This Current USA Orbit Marine LED light can support up to low demanding SPS. The condition is you need to put them higher so that they can stay near the light source. This light will support anemone quite well.

What is the penetration level of this light? How tall aquarium it can support?

LED lights are actually more focused than metal hallide or T5. So this light can support a 24″ tank. If your tank is deeper you can consider to use two units side by side. Thanks to it’s sleek design you can easily install two lights over your aquarium to achieve your required PAR in deeper level.

There are a number of considerations to make before deciding whether or not to buy Orbit LED light. The first one is the size of your aquarium. This particular LED light supports 48-60-inch aquariums, though you could get other versions of Orbit to fit smaller fish tanks.

Your budget is another important factor. Orbit LED light isn’t a cheap product, but it is definitely worth its price. But you probably shouldn’t get it if you, for example, have just bought your first aquarium and don’t know what you will be doing with it.

Maybe one day you decide to switch to a smaller fish tank, rendering 4103 useless. But if you do know that you have the right aquarium size, Orbit LED could be a good choice.

And maybe the most important factor is whether or not the aquarium’s top is covered with a transparent cover. Remember what we said about rusting? If you can close off the top or already have it covered, you shouldn’t have any issues with rust.

Here you have everything about Current USA Orbit Marine Aquarium LED light! Was Orbit LED light the model you have been looking for?

It is a great unit with interesting advantages and one troublesome but resolvable disadvantage. If you still don’t know if you want to get this model, just look into your requirements one more time. Who knows, maybe Orbit is an overkill for you and you should go for something else. Otherwise, we think that Current USA’s LED light is a pretty great model to have a good look into!

Feel free to contact us if you have any questions.

You may find this articles interesting – 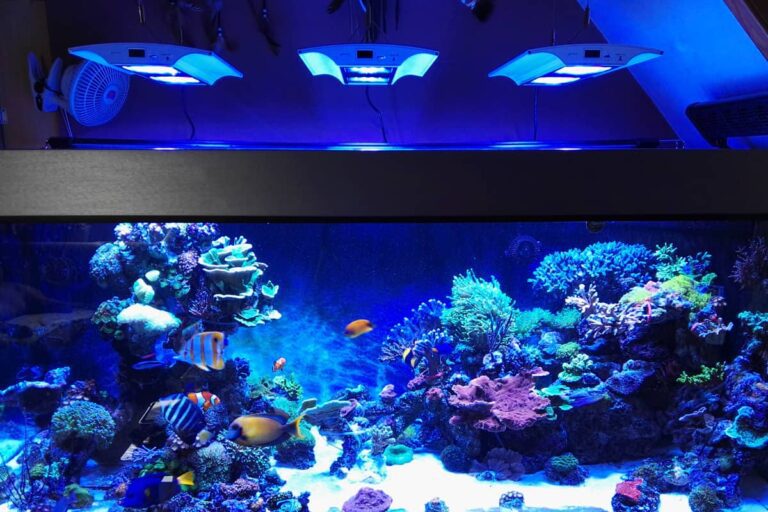 Having proper lighting is very important when it comes to reefing or aquascaping because it increases the beauty of the aquatic life in the aquarium as well as support the lives to flourish. Of all the accessories needed for the tank, choosing the best lighting is necessary because it also has a significant effect, either… 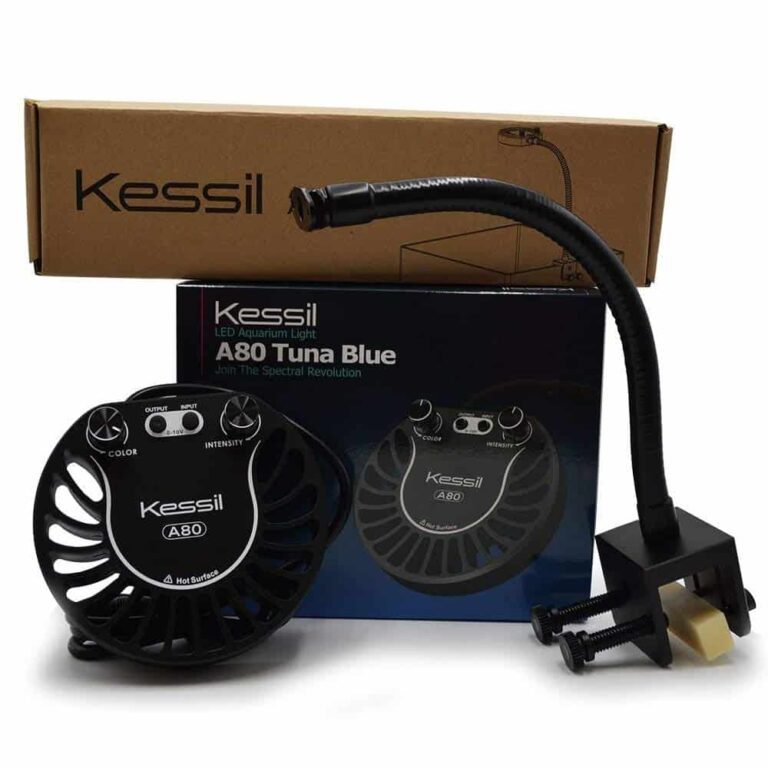 Lighting in fish tanks isn’t just for aesthetics purposes. It does so much more than showing and glimmering your work in the dark. A proper lighting system for your fish tanks is extremely important if you want your fishes, plants and other aquatic species to flourish. Proper light, just like a good diet, gives them… 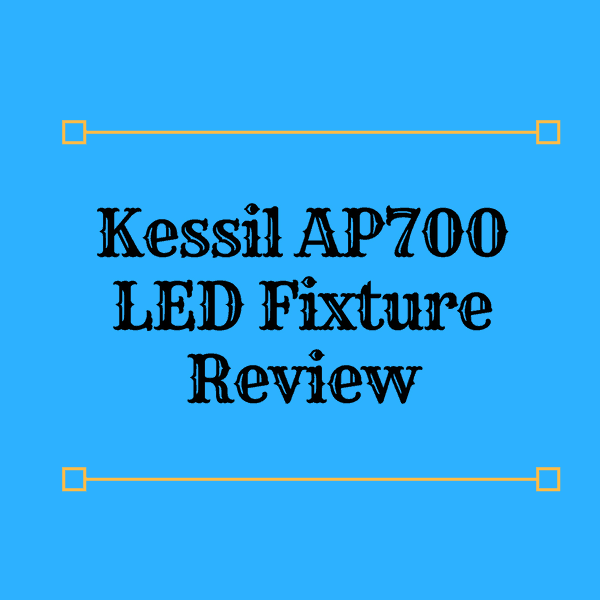 If you look into the wide choice of available aquarium LED lights, you will discover a multitude of models in different price ranges. The cheapest models offer basic capabilities with more or less good quality lighting while the most expensive LED lights deliver a gamut of various functions. But are those pricey models the ones…

Fish tanks, specially reef tanks require a lot of quality parts and equipment to run smoothly. Luckily, you will get on your hands on majority of these components pretty easily. But, lights, on the other hand, is something else. Settling for a lighting system for your aquarium setups is hands down one of the most… 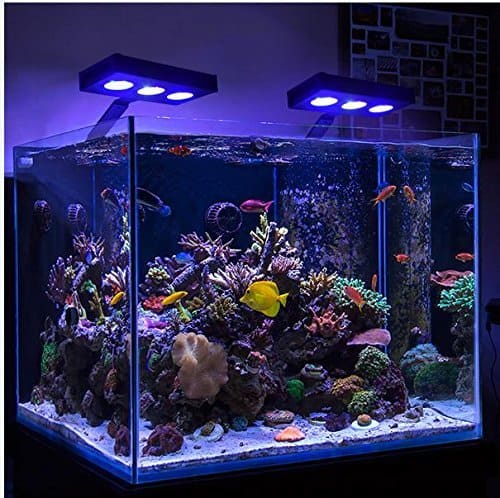 Looking for best LED reef lights? You have come to the right page! Here you’ll find everything you need to know about LED reef lighting. Getting the perfect LED reef light is imperative for any reef tank. And for corals, it’s equally important. A perfect reef LED light will not only make your fish tank… 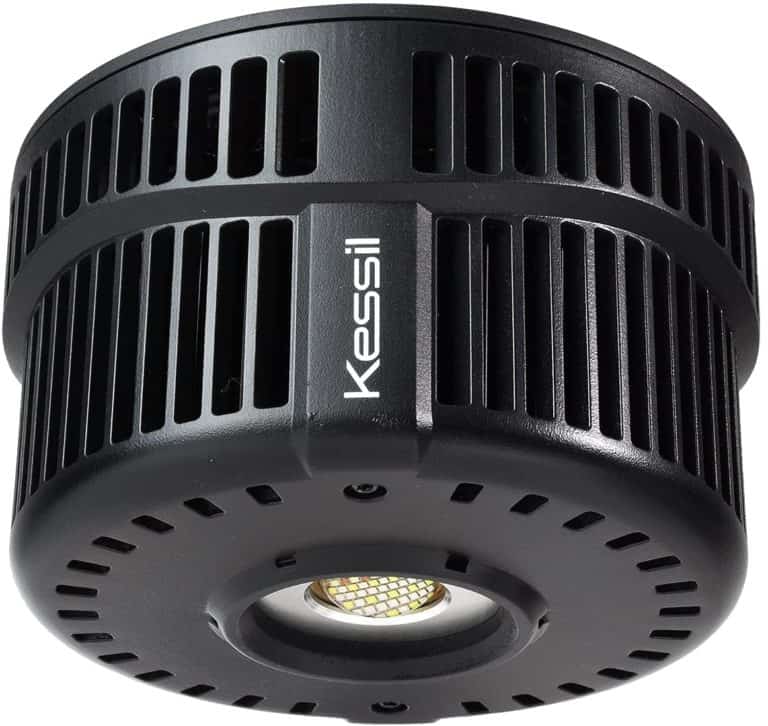 Though you already might know, let me remind you that a high-quality light is of utmost importance for your aquarium animals and plants as they get energy from a proper lighting system. The Kessil A500X is an awesome light for deep tanks where you want to keep corals, specially the SPS ones. Kessil A500X is…