You have a garden pond with both predatory fishes and bait fishes. But now you want a kind of fish that will act not only as a food for predators but also will act as a secondary consumer in your pond ecosystem. I’m speaking about Perch as it is the perfect candidate for this role.

But, stocking Perch in a pond is more than just throwing a bunch of fish and hoping everything would go fine. You can keep perch in a garden pond if your pond gets 6 hours of direct sunlight, is 15 feet deep and is ideally between 58-77 degrees Fahrenheit, and also balances the food chain.

If you wanna know more, read below to find out…

Perches: Things you need to know

To know whether you can keep perch in your garden pond, you have to know about the characteristics of the fish in question.

Perch are freshwater dwelling gamefish that acts as a secondary consumer of the food chain in a pond.

It’s a carnivorous small to medium-sized fish that grow up to 10 inches on average (although there have been records of 20 inches long fishes being caught) and weigh up to 10 ounces.

Being carnivorous means that they feed on not only zooplankton or insects but also smaller fishes. Also, as they are preyed upon by bigger fishes in that particular freshwater ecosystem. That’s what it means to be a secondary consumer.

There are only three species of Perch, namely: The Yellow Perch, The European Perch, and The Balkhash Perch- all of whom belong to different geographical areas.

Exclusively saltwater dwelling Red drum is also referred to as Red Perch (wrongly so) despite the Perch being a freshwater species.

Keeping Perch in Garden pond: Should you do it?

Now that we have learned about Perch, now comes the question, can you keep perch in a garden pond?

To give you a straightforward answer: Yes, you can. Although it’s not as easy as it seems.

While keeping Perch in a garden pond, you have to consider a few things. These vary from pond size to fish population.

Let’s take a look at those:

Although Perch likes water that is not too deep, they can grow to quite considerable sizes and do reproduce pretty quickly. So, for the Perch to be able to live with ease, your pond has to be about 12 to 15 feet deep.

With this, you can accommodate the fish quite easily.

Perch are warm-water fish. So you have to make sure your pond has a temperature of about 58-77 degrees Fahrenheit.  If you live in a cooler area where your pond temperature doesn’t get over 58 degrees, it’s better not to release Perch in your pond.

Make sure your pond gets at least 4-6 hours of direct sunlight every day. Otherwise, the plants will not get enough sunlight for photosynthesis and sufficient oxygen will not be produced. Failure to do so will result in the gradual decrease of your Perch population via dying and reducing the reproduction rate to a point where they are eaten faster than they can reproduce.

Also, have trees and plants around the pond. This will result in two things.

As stated earlier, Perch are secondary consumers, meaning they will act as both prey and predator. So, make sure that you have enough smaller fishes and insects to act as their food and also larger predatory fishes to keep their population under control. Perch don’t usually eat smaller fishes until they are about 7 inches long, so up to that point, they feed on crustaceans and zooplankton.

Make sure that you have enough predatory fish like Bigmouth Bass to keep the Perch population under control. Here’s a rule that I suggest: for every 3 perch, keep one predator like the bass. This however doesn’t apply to catfish, they’re more likely to stick with themselves at the bottom of the pond.

Be very careful while adding other fishes into the pond with Perch. They are very aggressive, so they are involved in quite a lot of fighting. If you add fish that are too timid, the Perch will absolutely annihilate the population.

You can keep minnows in your pond for your perch to prey upon them. Minnows have a high breeding rate and an aggressive fish-like perch gives you a good balance of both. And if you follow the rule I came up with before, then that predator will also keep the perch count steady. That’s how you stock a pond.

You have to control the population of perch to ensure they grow big. For a 1 acre pond, you have to have 300-400 Perch at best, otherwise, the pond will get overcrowded and more competition for food will result in the fish remaining smaller due to the lack of sufficient nutrition.

Usually, Perch hunt and feed themselves. As long as there is enough supply of worms, crustaceans, and insects in the pond, you won’t need to worry about the food too much.

They do need some supplemental food from time to time. You can feed them Beef liver or feeder goldfish. But be very careful while feeding them feeder goldfish. They leave ammonia in water which is very harmful.

It is very important to add habitats for the fishes in the pond when stocking fish. They provide smaller fishes with a place to hide themselves from the predatory fishes and also lay their eggs.

Although the weeds and plants already existing in the pond do the job to an extent, you need some plants to work as fish attractors to improve upon the current ecosystem.

Two such examples are Porcupine Fish Attractors and Fish attractor trees. The advantage of these two is they will improve the environment as they create one that doesn’t decompose.

You can easily use them as fishing spots as well, as they attract fish as their name suggests. They are not prone to snagging fishing lines as well.

Keep the water properly oxygenated when you are stocking fish in your pond. This will make sure that both the predatory and prey fish remain healthy. Install an aeration system to your pond if you don’t have one.

One thing that will happen to your pond is accumulation of waste materials that come with a new population of fish. Unattended, this waste can create a whole new host of problems such as algal bloom and change in the acidity of water which will eventually result in the death of the fish.

Having an aeration system will also help with that, as the dissolved oxygen levels will get a boost and introduce bacteria which are useful, as they will eat through the toxic waste.

It is better to catch some of the fishes in your pond in order to record their growth and health. Doing so will reduce the chance of their dying of diseases.

When to keep perch in a garden pond?

Ideally, fall or spring is the best time for it. The temperature at that time is not too high or low, and the oxygen level is sufficient. So the fish won’t be stressed and have a favorable condition to grow at. You can expect them to spawn during early spring.

Each fish has its own unique characteristics and requirements for it to be kept in a pond. Although you have to keep a few things in mind while keeping Perch in a pond, it is an excellent choice for game fish or a fish you want to keep your pond clean of insects.

So if you ask me, can you keep Perch in a garden pond, I will definitely say yes! just do it properly, okay? 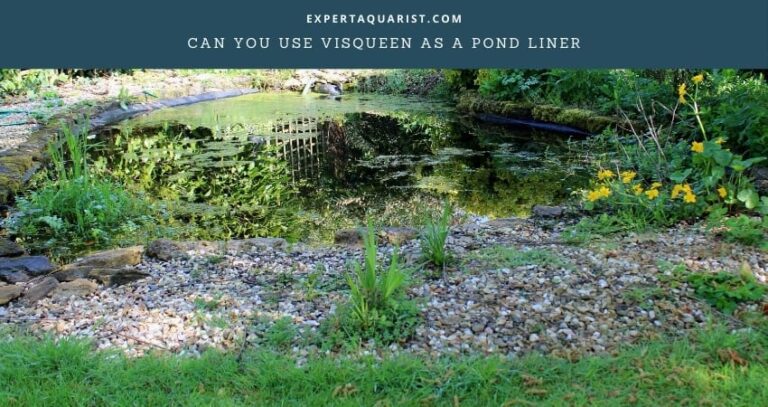 If you are not satisfied with the current service of your liner and looking for something else, polyethylene plastic sheeting also known as visqueen can be the best alternative for you. You can use Visqueen as a pond liner because it’s safe, durable, and flexible. Though It’s not durable like other liners, it’s more flexible… 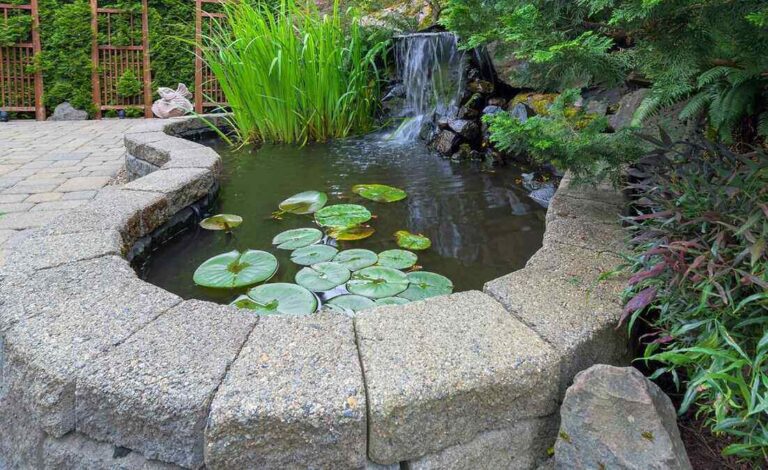 Incorporating a garden water feature transforms it from basic to breathtaking. Besides, some features are not only decorative but also functional. For example, waterfalls and fountains can help aerate the water and provide a calming ambiance. There are a variety of pond water features to choose from. This article will discuss the various types of… 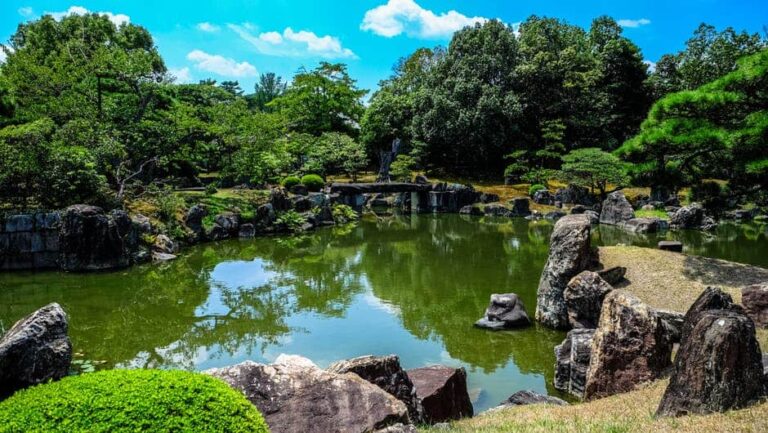 Pond filters are extremely crucial for cleaning & purifying the water of your pond from all sorts of harmful & toxic substances. If you have a pond beside your home or garden, chances are you want to adorn it with a beautiful waterfall or fountain while ensuring the cleanliness of it. But what if you… 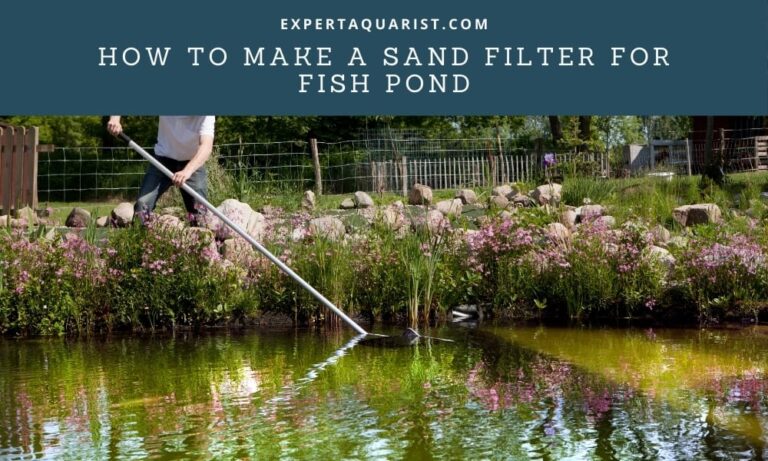 For a fish pond in your backyard, there is no alternative to keeping your pond healthy and clean. To achieve that, you can either buy a commercial filter system or save money by making one yourself. DIY sand water filters are super easy to build. You have to drill the vessel properly, add some fittings… 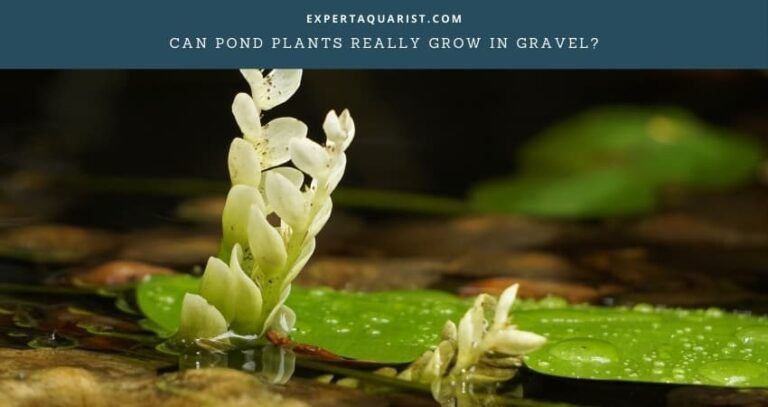 Plants are probably the second most important element of any pond, apart from, obviously, water. See I did not mention soil at all. This is because soil isn’t necessary for you to grow plants in your ponds. Gravels are, believe it or not, a better choice for growing plants than soil. You should choose gravel… 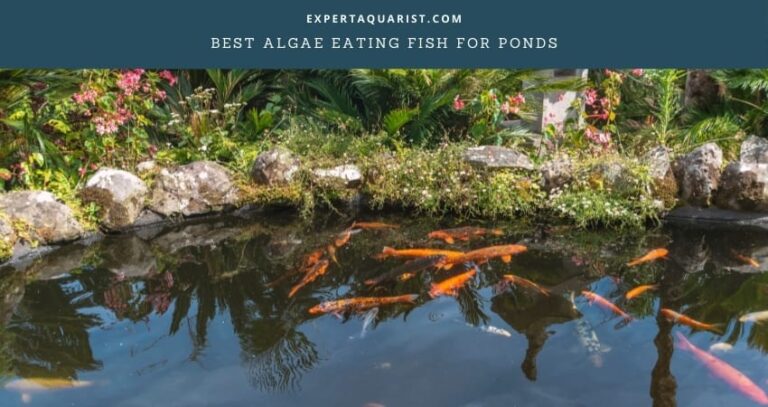 Algae are an important element of a pond. It supplies the fish with necessary food as well as produces oxygen. But when the conditions are right, they can grow to a level that harms the pond’s ecosystem greatly. Getting rid of this excess level of algae and keeping them in control is a difficult task….